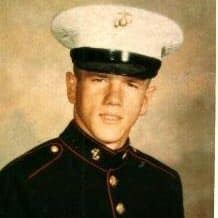 Bobby loved his family and was a proud American.

In keeping with Dad’s wishes and the current health regulations, there will be a small private service held with his immediate family members, on Friday, May 15th at Williamson Funeral Home, Soddy Daisy, TN. Military graveside rites will be performed by the Veteran’s Service Organization at a later date to be announced.

Those who would like to pay tribute by driving through the parking area of the funeral home at 5:00 p.m. on Friday May 15 can do so with the understanding that the gathering inside is private and no one is permitted inside the building other than immediate family.

Condolences and memories can be shared at www.williamsonandsons.com.
Arrangements are by Williamson and Sons Funeral Home, 8852 Dayton Pike, Soddy-Daisy, TN 37379.

To send flowers to the family or plant a tree in memory of Robert Croft, please visit our floral store.

You can still show your support by sending flowers directly to the family, or by planting a memorial tree in the memory of Robert Croft
Share a memory
© 2020 Williamson & Sons Funeral Home. All Rights Reserved. | Privacy Policy | Terms of Service